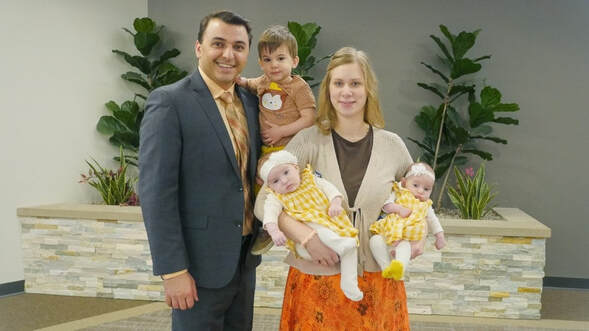 The Germi's ministry is reaching Iran, Afghanistian and Tajikistan with the Gospel of Jesus Christ through media (satellite TV, satellite radio and internet radio). Their goal is to present the Gospel to Farsi-speaking people in the three countries and worldwide, and to also plant Farsi-speaking churches and Bible colleges anywhere the Lord leads them to reach the Persians.  They have three children: Gabriel, Esther and Grace. 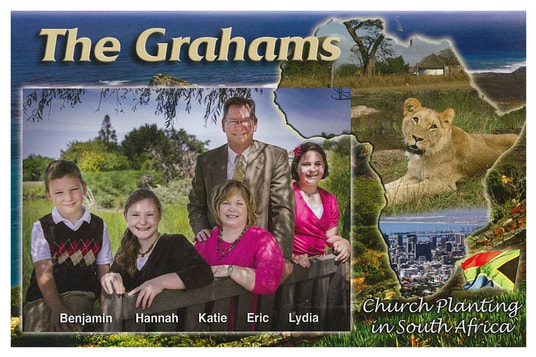 Eric and Katie Graham have been serving in South Africa since 2000.  Their ministries have been centered in Johannesburg and Cape Town.  While in Johannesburg they planted a church which is now under the leadership of another missionary.  Since their move to Cape Town in 2006, they have been planting Calvary Bible Baptist Church.  Eric has taught Bible studies at a secular college as well as classes at a Bible institute.  For several years they have used their Sunday afternoons to reach a community named Gugulethu.  A couple who trusted the Lord there have been trained to continue that work.  Eric and Katie continue to serve there in a supportive role.  Their primary ministry is at Calvary Bible Baptist Church.  They are praying for God to call a South African pastor to that ministry.  The Grahams have 4 children – Abigail, Hannah, Lydia, and Benjamin.  They serve with Baptist World Missions.
​ 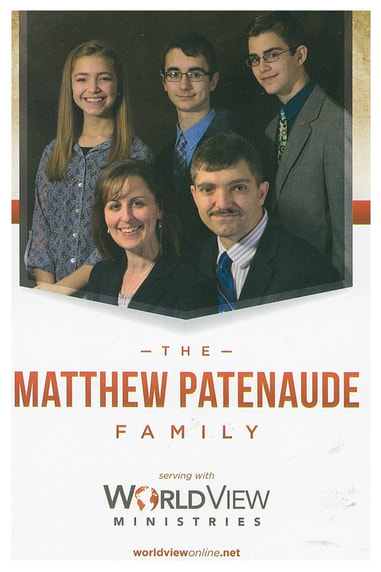 Matthew and Carrie Patenaude served overseas in Mongolia and China from 2000 to 2011.  After relocating to the States, they began to do outreach ministry to foreign students on the Indiana University campus in Bloomington, Indiana.  They are currently working with WorldView Ministries (www.worldviewonline.net) to help with Bible translation projects among unreached people groups.  They have 3 children – Ransom, Jacob, and Melody.  They are proud members of StoneRidge Baptist Church, where they faithfully serve.
​

This young family has been commissioned by Mukwanago Baptist Church, Mukwanago, Wisconsin to Kenya, Africa. They arrived for their first term of ministry in 2017. They are serving with Stephen's brother, Michael and his family, who have been serving the Lord in Kenya since 2000. Stephen and Christina help in the planting of Lighthouse Baptist Church in a small town north of Nairobi. Stephen teaches at Independent Baptist College of Ministry where national men are trained for ministry of the Word of God. Five of the graduates are currently planting churches in Kenya with four more works to begin soon. The Rains family includes five children (Levi, Brooklyn, Amberlee, Andrew, and Kayla).
​ 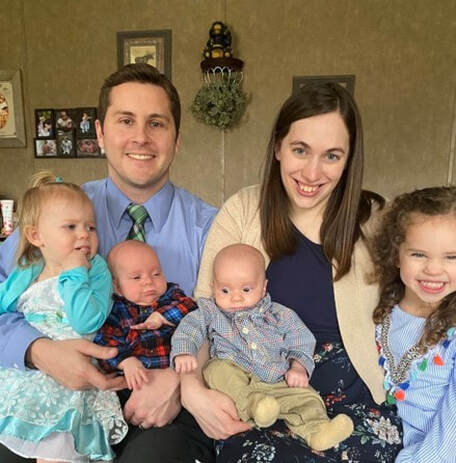 The call of God upon the Roembkes is to be Missionary Evangelists to the Menominee Nation in northeast Wisconsin. They are sent out of Shawano Baptist Church in Shawano, Wisconsin to preach the Gospel of Jesus Christ to the Menominee Nation. Their goals: (1) Making disciples by preaching the Gospel, (2) Baptize believers, (3) Discipling every believer to be a disciple-maker, (4) Planting churches, and (4) Equipping Natives to be pastors. Marty and Logan Michelle have four children: Aliza, Annie, Ezekiel and Isaiah.
​ 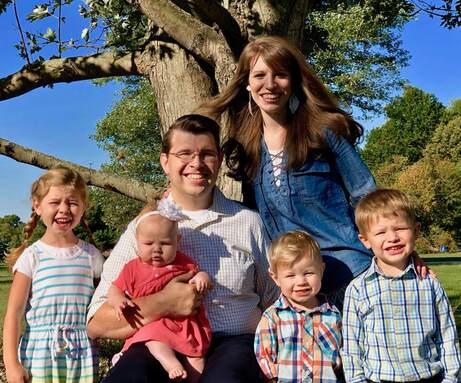 Nathanael and Linette Steinbart serve with Baptist World Mission. They are on deputation raising support to serve in Kenya. Their sending church is Martinsville Baptist Tabernacle in Martinsville, Indiana. Their burden is to plant churches and teach in a Bible college to train Kenyans to plant even more churches in Kenya. Nathanael and Linette have five children: Hadassah, Joseph, Jesse, Havalah, and Tirzah.
​,